How I Happily Grew Up With Glasses 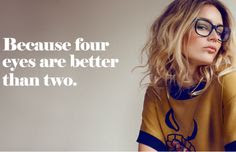